Home » Articles » Worth Your Salt Have you ever heard the expression that someone is worth their salt? This expression originates from an ancient practice in the 19th century where Roman soldiers were paid in the form of salt as wages. For many years, salt was considered as a very rare and priceless entity.

For someone to claim that you are worth your salt, is a way of saying that you are loyal and hard working then you are well deserving of the salary you are paid.

The word ‘salary’ is commonly known for payment received for work. The Latin word salarium’’ (which is where we get the English term salary) literally means salt money. Salarium was the money paid to Roman soldiers that they used to purchase salt and other essential and valuable items.

There is some debate as to whether the soldiers were actually paid with rations of salt, from which they could then trade for other items, or if they used salarium to make their purchases of salt.

Similar expressions like worth one’s while and worth one’s weight in gold are much older than worth one’s salt, yet the idea and history for these phrases are similar.

People often think of gold as something very valuable, and as interchangeable with money. In the past, salt was considered extremely valuable as well.

You might think of salt as nothing more than the inexpensive stuff that tastes good sprinkled on your favorite food, when in fact it’s far more than just a seasoning and has a long history as a highly prized substance.

Today, there are reportedly more than 14,000 known uses for salt. Not only does the human body need it to function properly, but salt also is utilized for everything from tanning, dyeing and the production of pottery to deicing roads.

Before the days of artificial refrigeration, the main method for preserving food was to treat it with salt. In this way, salt came to represent power; without it, armies couldn’t travel great distances and explorers couldn’t sail to new lands because their provisions would spoil. Throughout the ages, a variety of cultures also used this mineral in ceremonies and religious rituals.

Salt is essential to the survival of humans. As a result, ancient civilistions and communities started to settle down beside rivers and water bodies from where they could produce salt, or in locations where they could easily trade for salt. In some ancient societies, roads and cities developed as a result of the salt trade.

When Rome was growing into one of the greatest empires in the world, roads were being made for the easy transportation of salt. The Adriatic Sea had a shallow depth and a high salinity which made salt production easier even though the Tyrrhenian Sea was much closer. As a result, the Via Salaria trail was created joining Rome to the Adriatic Sea.

There has also been speculation that the word ‘soldier’ came from the latin term ‘sal dare’, which means to give salt. However, there is no solid proof of this connection. Modern research says that the connection might exist because the amount paid to the soldiers could have been specifically given to buy salt or for guarding the famous salt roads or for conquering salt supplies.

Ancient salt was pure and unrefined unlike most salt varieties on the market today. Our Celtic Sea Salt is harvested by hand as it has been done for over 1,000 years remaining pure, unrefined and full of all the vital minerals found in the ocean. 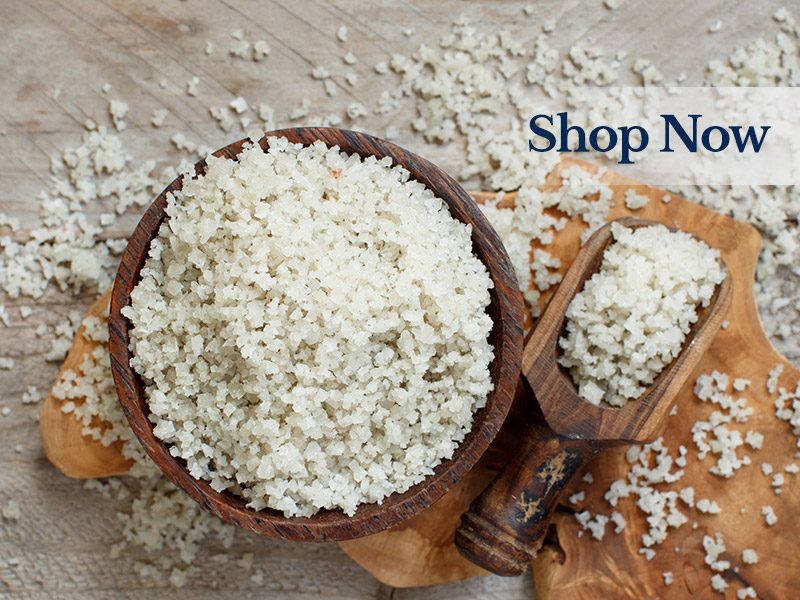